The old Rylane National School was known as Knocknagoun School. It was situated where the Health Centre is now, beside the local Post Office. As Knocknagoun School was in bad repair, the local population and their Parish Priest, Father Mc Auliffe decided to build the ’new school’, as it was fondly called. The school was relocated to its present position because it was in the middle of the community. The building of Rylane New School started in 1914 and it opened its doors to new pupils in 1915.

The school was built as a unit but the boys’ section and the girls’ section were separated by a wooden partition, which survived until 1990. Each school had its own entrance door, which can still be seen today and the playground, a grass bank with many trees was divided by a wall, from the rear of the school to the toilets at the end of the plot. 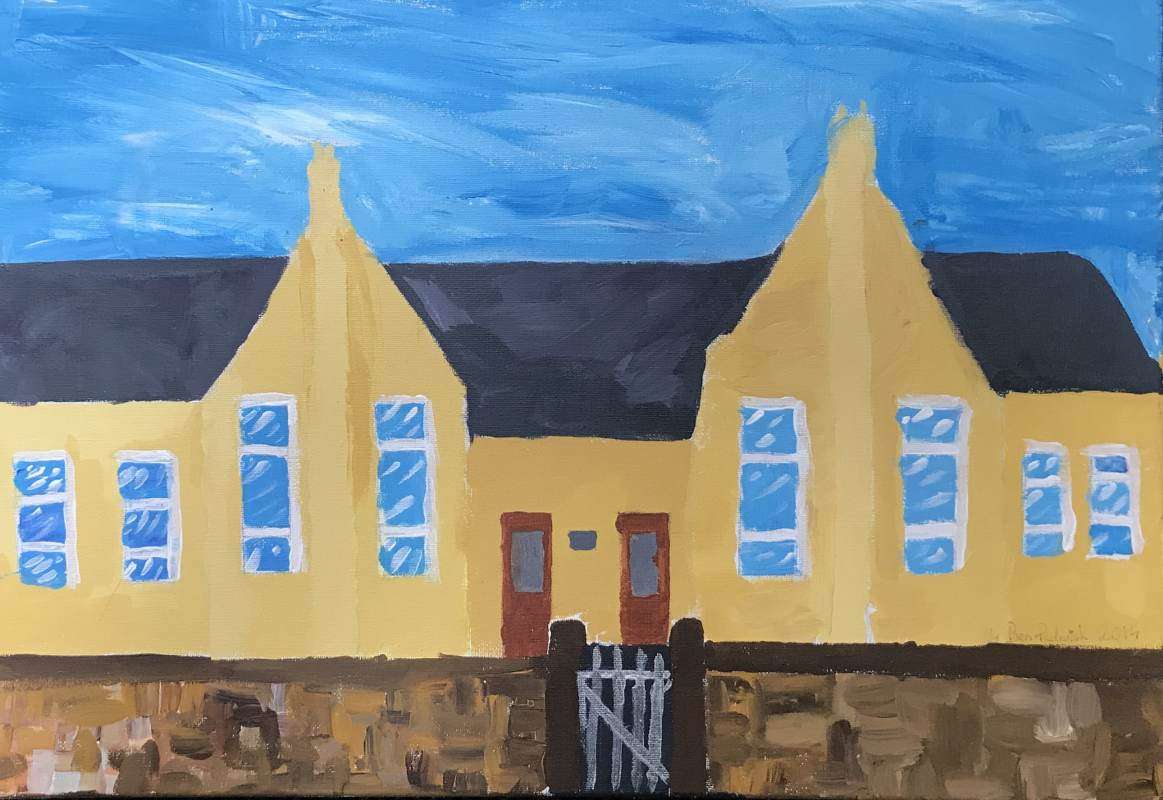 Infants, 1st and 2nd classes were in the back rooms and 3rd to 8th class were in the front rooms. The school wall and small entrance gate at the roadside are still in place today.

When the school opened in 1915, there was no electricity, no running water and very little equipment. The first job every morning was to go to Browne’s well for a bucket of spring water. In the cold weather the fire was lit in the open grate. There was no caretaker. The children sprinkled and brushed the floors every evening and dusted the furniture every morning.